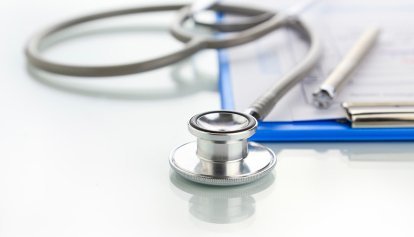 In October 2014, Dr. Pamela Wible delivered a lecture at the 2014 American Academy of Family Physicians Assembly in Washington, DC on the increase in physician suicide. We’re thrilled that Dr. Wible is talking about this and for once, the medical community seems to be listening. Bravo Dr. Wible! But there seems to be little coming from the psychiatric community — this is our attempt to rectify that!
It’s time Psychiatry weighed in on this discussion.

Approximately 400 doctors commit suicide every year. That’s about twice the rate of suicide in the general population. We believe this discussion is long overdue.

Physician mental health, and the reduction of stigma surrounding treatment of mental illness, is essential for the health of physicians, and in turn, the health of the community in general. After all, if we cannot eradicate stigma within our own ranks, how can we ask our patients, or the community at large, to follow our lead in wiping out stigma surrounding mental health in general?

What May Contribute to Physician Suicides and What Can We Do?

Physicians are a subset of human beings, so the expectation that they will not need to practice good self care, or would not suffer from at least the same rate of psychiatric illness as the general public is not only unrealistic; it is, of course, impossible. As a medical professional; however, simply being human is stigmatized. The mere implication that physicians have to maintain mental health is doubly taboo. After all, physicians are super human, aren’t they? They work 36 hours in row and know better than to complain or look tired if they want to fit in.

Culturally, we find there may be more stigma applied to physicians who seek help for their mental health, rather than less stigma, which we might expect in a population educated about the prevalence of psychiatric illness. After all, when was the last time you used back up call as a resident? Or took a sick day, for any reason at all, on a surgical rotation? Physicians may put off getting Psychiatric medical help, in particular, longer than the general population, leading illness to be more progressed at the time of presentation. Or worse, they may never seek help. Fear of sanctions can add to physician reluctance to seek psychiatric help.

Young and training physicians tend to be perfectionistic. After all, they are learning to be responsible for patients’ lives. There remains an antiquated culture within medical training that can be similar to hazing — when medical students and residents are belittled, shamed, yelled at, or routinely embarrassed for small errors, or simply because their attending may think this is “character building”. Nearly all health care professionals have seen these. We need to speak up, and work to put an end to these practices. Shaming for the sake of it, or because it was done to you, doesn’t produced better or more skilled physicians.

In fact, more than half of medical students may be experiencing burnout, which could lead to depression and suicidal thoughts. A study conducted by researchers from the University of Michigan in Ann Arbor found that medical students who are either depressed or are susceptible to depression believe they are viewed as inadequate and incompetent by their peers.

At the same time, medical students in their clinical rotations may be working over 36 hours in a row, as their hours aren’t regulated. Many residency programs don’t follow bell commission regulations, despite claiming they do. And what young physician would speak out about these issues? They would rightfully fear being labeled or sanctioned. Students & residents are often far from home, working long hours, perhaps with few friends or social supports nearby.

How Can We Help Prevent Physician Suicide?

Both early in illness and early in medical careers! Encourage self-care early in training including eating healthfully, pursuit of outside interests, socialization, exercise and sharing of experience beginning in medical school. Develop programs to promote these activities and allow time for student participation in these programs. Help students and residents create a social fiber in their new communities. Make mental health resources more accessible & acceptable (see more below) so trainees and physicians are able to present early in the course of illness, when it arises.

3. Understand the requirements for reporting of impaired physicians

When we understand what meets the requirement for reporting an impaired physician, we are better equipped to intervene before a physician is impaired. If you’re a physician and your esteemed colleague is struggling with a divorce, or seems to be abusing alcohol, although they have never seemed intoxicated at work, approach your colleague and say, “I think you may need help with your drinking. I know an excellent Psychiatrist. Would you meet with him?”

If you’re a department chair or program director, familiarize yourself with Psychiatric resources and talk to your staff about treatment, not sanctions, whenever possible, before they are impaired.

Regulatory complaint procedures are linked to depression and suicide in physicians who are scrutinized. A study also found that physicians who have recent complaints were more than twice as likely to report suicidal thoughts.

This should be made available for every physician suffering from psychiatric illness, including medical leave, whenever necessary, as we would offer any other professional, or any other physician suffering from another medical illness. Early, accessible, individualized and confidential mental health treatment will lead to better outcomes, before sanctions are necessary.

We need to accept, teach, and practice the very basic fact that doctors are just a subset of people. As people, they will be subject to at least the same rates of mental illness as the general population. If practicing excellent self care is not encouraged, and time is not even allotted for a physician’s visit, let alone routine self care like socialization, outside interests, healthful eating & exercise during residency, then we can’t expect our young physicians, a group who appear to be most vulnerable, as their responsibilities increase, to assign any value to such measures in training, or to continue the same healthful behaviors throughout their careers.

If we continue to propagate the myth that physicians are not people, and continue to reinforce the belief that seeking Psychiatric assistance is shameful, physicians will continue to defer treatment until their illnesses are progressed, or worse, until it is too late, and we lose another peer to suicide.

The lives of our colleagues and the safety of our patients demand that we address thestigma of mental health within the medical community, provide confidential, effective treatment for physicians over disciplinary measures whenever safe, and actively make it known that psychiatric illness and substance use disorders are illnesses we find among all human populations — even the doctor ones — & seeking treatment for a psychiatric concern is not shameful, but rather requires courage. When one of our physician colleagues seeks confidential Psychiatric care, let us all remember to support that colleague, if we’re aware of her struggle & make it easy, accessible, and acceptable to consult with an expert mental health provider for preventative, screening, and early treatment interventions. Our colleagues lives, and by extension, all of our collective patients’ lives depend on it!

Does this mean medical schools have to relax programs or that patients can no longer complain about a physician? Absolutely not. As a society, we have the responsibility to ensure that those who need treatment receive it and this includes physicians. We have to eliminate the stigma surrounding mental health and ensure that access to mental health treatment is readily available.