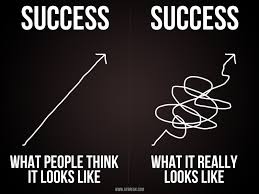 Failure can be an expensive education, but it’s worth it
By Steve Baker

“Failure is only the opportunity to begin again, only this time more wisely.” – Henry Ford

Years ago, my business partner and I were in the midst of trying to find investor groups that would allow us to take our company public. We needed some more firm commitments to complete the initial public offering of our stock.

We met with a prospective investor who ran a large fund in Seattle. He had once been a successful professional baseball player, and though he was now 70, he was still quite fit. He came across as a good ol’ boy, but he was as sharp as they come. He spent a day and a half with us, doing his due diligence by going over our operations and meeting with our employees.

Over dinner, Hal asked my partner and me the strangest question. “Boys, when was the last time you failed real big?”

My partner and I gave each other a bit of a startled look and I replied, “Excuse me sir?” I chuckled and said, “We haven’t, and we certainly don’t intend to start now. We have a sound plan and it doesn’t include failure. Why do you ask?”

“Oh, because you will,” Hal replied. “It’s not a matter of if, only when. I was just hoping that you had already gotten it out of the way.”

We gave a quick glance to each other and passed on Hal’s strange remark. We instead steered the conversation on how successful we had been in building previous companies. As we ate dinner, we nonchalantly intertwined how we both grew up in farm towns and started working at an early age, and how we had been raised with a good old fashion Midwestern work ethic. As we were sipping our after-dinner drinks, Hal gave us the news.

“Well, boys, I’m going to invest in you. I don’t bet on the horses, I bet on the jockeys, and I think you two have the determination and persistence to ride anything across the finish line.”

We completed our offering and had incredible success. At the end of our first year we had over $500 million in revenue. We were unstoppable. But here’s the short version ending to the story – along came a $1.4 billion lawsuit and a pesky stock market crash and our company exploded. We had to cease operations and my partner and I both ended up losing everything we owned and filed bankruptcy.

Now that, my friends is failure.

What did I learn from this big failure?

Very smart people with strong business plans will fail along the way: some from their own mistakes and some from unseen circumstances. But as Hal told us… you will fail.

I had to restart my life and finally wrote a book, “PUSHING WATER UPHILL With a Rake” about my story to help others plan for great success and cope with unforeseen failure.

1. It will take longer than you think
2. It will cost more than you project
3. You will fail along the way… and that’s good.

Okay, I can hear what you’re saying out there. “Wait a minute Steve, you’re telling students that failure is good? What kind of crummy negative advice is that?” Oh, I’m sorry, I should have told them that the business world is like grade school soccer. You’re a winner just for being there, and hey, here’s your trophy.

It’s great advice. The sooner we know that failure is part of the game, the sooner we prepare for it. As I explain to the students, their real education begins when they get on the playing field of business and start learning from their mistakes and failures.

Every quality education in life is expensive. You could say I bought myself an honorary MBA and PhD in the school of hard knocks. Did I learn a lot through my experiences? Yeah, a ton. If we learn by each failure and apply what we learned, that’s education. If we fail and do the same thing again, that’s stupidity.

So, do I wish you a failure of my magnitude? No way buckaroos, that’s my record.

What I do want is for you to remind yourself to embrace the entrepreneurial spirit and go forward with aggressive plans. Never let the fear of failure hold you back from taking risks. But know that, in some form or fashion, failure will come. Then embrace the lessons that you learn and move forward, smarter than before, toward your next success.

Unless you’re a bank that the federal government has deemed too big to fail, you’re never too big to fail. Sometimes in business and in life, you can do everything right and it all goes wrong.

Realize it. Get over it. Move on and succeed.