After a major injury to my gut I slept for most of the day for two years, I was on a ride to nowhere and was ready to get off. At that time I rarely made a bowel movement, the only way I could have a bowel movement was to drink a frappe’ from McDonalds. I knew it was because I was allergic to something in it but didn’t care because it gave me the relief I needed.  Knowing I couldn’t live forever using McDonald’s Frappes as my crutch, I (between my constant cat naps and long naps) started researching everything I could about all my symptoms.

At a visit to one of my doctors he asked me to remember a word, after talking to him for a few moments he’d asked me what the word was, I had no clue. My short term memory was gone and I believe he thought I had brain damage (from the injury I encountered) but didn’t have to heart to tell me. I was sure I had developed dementia, and reminded myself of the elderly I used to take my children to visit at a retirement home for Dementia and Alzheimer.

When awake my mind would go over details of the traumatic injury I encountered and my husbands death (and life) over and over. I even questioned myself if I was crazy, I would stand in front of the freezer with my head closed in the door as tight as I could because my eyes felt like they were on fire. That is just one of the MANY symptoms of Candida toxins.

By that time I had developed systemic Candida but still had no idea what was wrong with me. Candida is a overgrowth of bad bacteria in the gut that turns into fungus, which is a form of yeast.

When searching on the internet for help with my short term memory and what I thought was dementia I found several doctors that claim coconut oil was curing dementia. I had also watched many videos of people and a doctor claiming that cancer “just fell off” after the use of coconut oil. After taking it for about a week a miracle started to happen. I was slofting, 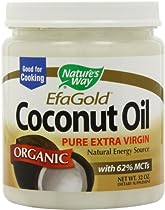 Slofting: What happens when toxins come out of your skin with the help of Organic Virgin Coconut Oil.

Slothlets: The material that comes out of your skin while slofting.

My children were amazed (and a little grossed out) at all the slothlets coming out of my skin, but they were happy to see me getting better. The slothlets came out all over my body for about three weeks, in all different colors, shapes, sizes, and textures. After collecting them in a sandwich bag and showing them to my closest family members they were lost a move to a new home. I told my doctor about them, he looked at me like I was a little crazy and probably thought it was brain damage. lol. I know it’s not a laughing matter but looking back at it, it was a little funny. I also stopped eating Gluten that I had read caused brian fog, my doctor was amazed at how much better I was doing.

While searching for help I came across two doctors (Dr. Max Gerson & Dr. William Donald Kelley) that claim (and had much evidence) they found cures for cancer and they both used organic coffee enemas as one of their strategies to detoxify the body of cancer causing toxins. Coffee enemas help your liver and kidneys eliminate dead cancer cells, the caffeine stimulates nerves in your lower bowels, which causes your liver to release toxins. 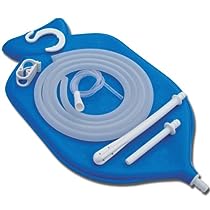 “They fell out of favor not because they didn’t work, but because the drug industry took over medicine, so things like coffee enemas were kind of laughed at,” Dr. Gonzalez says. “So Kelley learned about coffee enemas from conventional literature and incorporated them into his program and found them extremely helpful.”

After reading countless webpages about the benefits of enemas I tried it. I was unable to hold my first coffee enema in for more than a few seconds and know that if I had not found this strategy to eliminate toxins I would have not lived much longer. After using daily enemas and coconut oil for a while I started seeing Candida Colony’s and endless mucus in my stool but had no clue what they were.

At the time I was diagnosed with PTSD, Major Depressive Disorder, and Fibromyalgia and took 60mg of Cymbalta daily along with countless supplements to help me get by with the pain and other symptoms I was having. Day by day my condition began to get better and better and after about 6 months and a lot of effort was able to get off Cymbalta.  I still today benefit from the use of coconut oil and coffee enemas.

The Lord knew my life before it happened and I know that I’m here for a reason and went through everything I have for a reason. For that reason I am going to do all I can to reach out to other people that are searching for the help that I found.

Donna Hoover is the mother of five children that she adores dearly. She enjoys painting, woodworking, canoeing, nature watching, and most importantly she is a follower of Jesus Christ. She loves people and animals and (although she admits she is far from perfect) strives to be the person God made her to be. Donna pays close attention to nutrition and the health of her family.