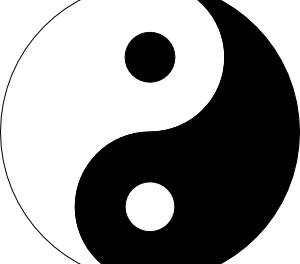 Have you heard about the nutritional guidelines that are being released by the Federal government? If you haven’t yet, you will eventually. There are many good things in the guidelines. There are going to be controversies as well. And there is one of the most important things for wellness missing! What could that be? For those of you have been reading my blog for some time, you can predict what I am about to say. For anyone who is new, I will provide a little background.

It is my firm belief that wellness is only a successful practice when it is grounded in the holistic paradigm. I think the concept of holism is still “scary” to the mainstream scientific medical community due to the inclusion of spirituality, though mainstream science is beginning to acknowledge the importance of spirituality. That is why most of the “official” guidelines that are “evidence-based” tend to veer away from a more holistic orientation. It is very hard to produce “valid evidence” for spirituality since it is not easy to quantify, and the qualitative approaches are not well accepted by all “scientists”.

So what about the nutritional guidelines? Or any other Federal or other policy position on health and wellness? They are problematic for me due to the lack of a holistic focus. Granted there are written statements that give lip service to a holistic model – and talk is cheap. When holism is included as the foundation for health policy as it is funded and implemented we will be walking the talk.

I hear so much about how we have all the knowledge to solve all the health problems of the entire population, if only everyone would “do what is known”. The reason the population does not “do what is known” is that everyone is unique and everyone learns in his or her own manner. Just publishing a nutritional guideline and hoping the information will transmit through all the points of contact where the population will be informed is inefficient and insufficient.

In a holistic process, the scientific community would take into account the multidimensional nature of wellness and develop information that incorporates all of the domains that will stimulate the population’s interest. We have a very large percentage of our population that consider they are spiritual or religious, yet we see this exclusion of the spiritual nature of health and wellness over and over and over again. This is not to say that the government or other policy making bodies need to deliver a religious message. It is possible to incorporate spirituality into the message without using the trappings of religion. One of the best examples of this can be seen in the massive wave of mindfulness-based interventions that have been born over the last couple decades. Mindfulness is just Zen meditation with the “Zen” removed. And though some would argue that Buddhism is not a religion, it is still listed as one of the world religions.

If that is what it takes to get everyone into a meditation practice, then go for it. Not everyone wants to associate with an ancient wisdom tradition. It is easier to think, “Oh, this stress reduction practice is really helpful”. It is less palatable to tell everyone, “Practice Zen meditation and you will reduce your stress”. The bottom line is that the mainstream does begin to see the benefit of using a “spiritual” practice in promoting wellness in various ways. So why is there still so much resistance? I guess it is just a matter of time for the pendulum to swing. Every paradigm shift is slow and tedious. It is the most frustrating for those of us who are ahead of the curve and would like everyone else to catch up more quickly. Patience is a virtue!

I was discussing food with my wife the other evening, and she helped me to realize something. When the food we eat is fresh, imagine pulling a ripe tomato right off the vine and taking a nice big bite (Yum!), this freshness is the equivalent of “aliveness” for lack of better word. The raw food focus really gets this. If the food I eat is alive, I am taking in the vitality and energy of the plant, vegetable, fruit, grain, seed, etc. You can see this is a little more difficult with eating animals. We have an aversion to eating raw meat in our culture, and I imagine the idea of eating a living creature is close to repugnant for almost everyone, except for oyster lovers.

Now think about all the food in the grocery store. Which of the foods are still alive; or closer to being alive? We call these whole foods. Compare a fresh apple to a jar of apple sauce. Even though the fresh apple was picked a few weeks ago, the amazing thing about a piece of fruit is that it is designed to maintain “freshness” or aliveness for some time after being separated from the tree. The apple sauce on the other hand has been processed. The design that maintains the freshness and aliveness has been dismantled. We have removed the protective peel, we have separated the flesh from the core, and we have cooked and mashed the flesh. We have added various other ingredients, depending on if the apple sauce is a “natural” product or not. Then we place in jars and pasteurize with more heat.

In this comparison which of the foods are more alive and vital? It seems to be a no-brainer. Then why do we make apple sauce? We need to store the fruit when it is out of season. This is another natural food issue that is controversial. Should we eat any food when it is out of season? If the live and vital form of the food is not available, maybe we should not choose that as a food to consume in that season. And now with the ability to ship around the world in a short time, as long as there are no dock worker slowdowns in the ports, we can eat food that is in season halfway around the world if we want to.

There are so many ideas to consider when it comes to eating. If we simplify the whole thing, all we need to do is apply basic principles and let those principles guide our food choices. Is it as close as possible to alive and vital? Eat it. This way of eating requires more participation with food and cooking. The entire convenience food and fast food culture that we have had literally crammed down our throats for so many years has stripped us of our relationship to the food we eat. It is time to own that relationship again!

As for Federal nutrition guidelines, as long as they do not come with a holistic model, they will not be as useful for real people. It is likely possible to follow the guidelines and still continue to eat foods that are distant from the natural alive state. If we really want to help promote wellness for the whole population and reduce all the chronic illness and obesity and all the other ailments that contribute to the healthcare disaster that we are currently experiencing, it will be more about promoting the shift to the holistic paradigm and less about telling people about how to eat.

Dr. Zolow has been a holistic practitioner since completing a minor in holistic health at San Francisco State University in 1986. He focused on two main areas of holistic health during this program; Chinese Medical Theory and Biofeedback Training. He was certified by the Biofeedback Certification Institute of America from 1986 through 1991. He completed a M.S. degree in Clinical Counseling at California State University, Hayward in 1991. Dr. Zolow held a Professional Counselor License in the State of Michigan from 1994 through 1997. With the completion of a Ph.D. in Health Psychology, Dr. Zolow has attained the academic credential that supports a mission of promoting wellness in a wide range of programs and services. The holistic worldview has been Dr. Zolow’s foundation for all personal and professional practice. His career has spanned multiple arenas. He has worked as a social worker, counselor, therapist, supervisor, manager, and program director. He has brought the holistic perspective to each of these roles and shared this view with clients, customers, and co-workers in every way possible. “Over the past 35 years, I have explored the world philosophical and religious traditions of Taoism, Buddhism, Hinduism, Sufism, Kabbalism, Paganism, and the mystic traditions of Christianity. This exploration has had the effect of expanding my perspective on the commonalities that are interwoven across all world cultures. The result of this perspective is to realize that it is very human to seek a personal experience of spirituality that is grounded in the familiar.”
Contact: Website