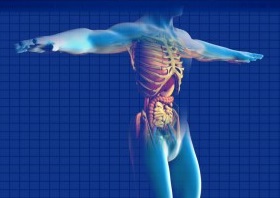 Fungal infections are one of the most common diseases known to humanity. Since the prehistoric times, humans have struggled with fungal infections and have relied on herbs for their treatment and prevention.

New research from the University of Cork suggests that good health begins more so in the gut, in the diversity of stomach microbes, which can be heavily influenced by daily exercise levels. The study, published in the journal Gut, has shocked scientists, showing how exercise can enhance the diversity of microbes in the gut, strengthening one’s ability to metabolize energy and ward off pathogens.

Microbes—both good and bad—live in the gastrointestinal tract (probiotic yogurt allegedly supports the good ones). Scientists now believe that these gut microbes are in direct communication with the brain and that they have a powerful role in determining our physical and mental health.

Trillions of microorganisms live in the adult microbiome of the human gut. These bacteria colonies are responsible for breaking down toxins and utilizing vitamins and essential amino acids. They are the backbone of the immune system, assisting efficient metabolism while preventing invaders from entering the blood.

The brain is very connected to the gut. We have a symbiotic relationship with every microbe living inside us, and the highest concentration of microbes is in our gut. In addition, parasitical influences, like candida running rampant throughout our body causing

us to crave junk food, can be traced back to intestinal health.

The first step for most people is to kill the candida and balance the gut.

Homeopathy is one of the most popular holistic systems of medicine. It is purely a drug theraphy and acknowledged as a major healing system functioning at high level of general wellness. The selection of remedy is based upon the theory of individualization and symptoms similarity by using holistic approach. This is the only way through which a state of complete health can be regained by removing all the sign and symptoms from which the patient is suffering. The aim of homeopathy is not only to treat the ailment symptoms but to address the underlying its cause and individual susceptibility.

Homeopathy is so well trusted that 300 million patients in more than 80 nations use it. Homeopathy is more cost-effective than any other forms of medicine, traditional or alternative. It gives importance not only to curative but also to preventive aspect of treatment. The homeopathic remedy succeeds in healing the body as it gets to the very source of your disease and completely roots it out.

There are several levels of health on which the human body find itself. The highest level of health is the absolute health which is the ideal state.

Disease begins in the interior and then comes to exterior. When we get emotional shock, we show diseased behavior and this turns to physical symptoms. All diseases that manifest in individual with a very strong immune system can be cured with the correct homeopathic remedy. The lower level of health the patient is on, more remedies will be needed to regenerate the organism.

When the body is affected by microbes and bacteria such as streptococcinum and staphylococcinum infections and treated with antibiotics, this turns into various bacteria type infections. Further treatment by antibiotics leads to all types of Fungi.

The development of Candida occurs when the body is in a low state level of health as a result of affected by microbes and bacteria, and treated by antibiotics. Candida overgrowth is certainly linked to antibiotic use

Candida albicans – The foundation of illness

The most common fungus to negatively affect humans, Candida albicans, primarily colonizes the skin and the mucosal membranes of the mouth, genitals, and digestive tract.

Growth of Candida reflects a significant imbalance between good bacteria and the bad bacteria Intestines. Fungal culture causes further weakening the immune system that increasingly creates conditions that allow the development of many different diseases, from flu to cancer development.

The Candida connection with allergies, asthma, and dermatitis has long been accepted. Current research suggests Candida antigens may trigger celiac and Crohn’s disease. Even though these links of Candida to disease are acknowledged, the conventional medical community is hesitant to understand and accept the role of Candida in patients with multiple complaints often labeled as either non-specific autoimmune disease or more often as psychosomatic illness.

Milton White, MD. believed that cancer is a chronic, infectious, fungus disease. He was able to find fungal spores in every sample of cancer tissue he studied. The Mayo clinic has also confirmed that cancer is a fungus, can be caused by a fungus, or is accompanied by late stage fungal infections.

Zell Arazim is a custom, competitive and a state of the art Homeopathic Pharmacy. Our business is a family owned and managed pharmacy that is leading the homeopathic industry. We utilize the unique methodology of designing treatments that work for you individually and work along with your body to root out the core of the disease. Zell Arazim Homeopathic Pharmacy has been treating and healing patients all over the world by the most unique method of personal homeopathic remedy treatment that Conventional Allopathic Medicine has difficulty to cure, that shows significant results, with no side effects and no contraindications and succeeds in healing ailments because it gets to the very source of the disease and completely roots it out.
Contact: WebsiteTwitter